We would like to offer our sincere support to anyone coping with grief. Enter your email below for our complimentary daily grief messages. Messages run for up to one year and you can stop at any time. Your email will not be used for any other purpose.

Share a memory
Obituary & Services
Tribute Wall
Read more about the life story of Jonathan and share your memory.

Kinback, Sr., Jonathan B., 67, Portage, formerly of Texas, was received into the loving arms of his savior Jesus Christ, on January 21, 2023 at Memorial Medical Center, after a courageous battle with MDS. The son of Bernard A. and Lois (Leposky) Kinback. Deceased family members include his father; infant brother Mark, and former wife Cindy (Reffner) Kinback. Survived by mother; son, Jonathan Jr.; and daughter, Paige and companion Trish. Also survived by brother, Kenneth and uncles, Joe (Linda) Leposky and Michael (Josephine) Leposky; nieces, Elaine Wright; and Lori Gordone, who offered constant support; and Annette Comas, who provided delicious soups and many other items; devoted friend, Dan "Rags" Ahlborn, who stood by him through his long ordeal; and numerous cousins and friends. He was a 1973 graduate of Portage Area High School and served in the U.S. Navy. Jon was a self-employed salesman. He enjoyed his friends and family. Memorial Services will be held at a later date and online condolences may be made at serenkoclaarfuneralhome.com. The Kinback family is being served by the Serenko-Claar Funeral Home, PC, Portage.

To send flowers to the family or plant a tree in memory of Jonathan B. Kinback, Sr., please visit our floral store. 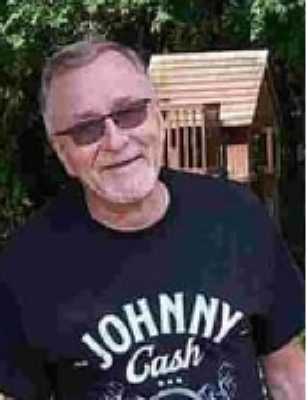 In Loving Memory Of

Look inside to read what others
have shared
Family and friends are coming together online to create a special keepsake. Every memory left on the online obituary will be automatically included in the book.

In Loving Memory Of

Look inside to read what others have shared

Family and friends are coming together online to create a special keepsake. Every memory left on the online obituary will be automatically included in the book.

You can still show your support by sending flowers directly to the family, or by planting a memorial tree in the memory of Jonathan B. Kinback, Sr.